Showing posts from July, 2017
Show all

My Son, The Marine 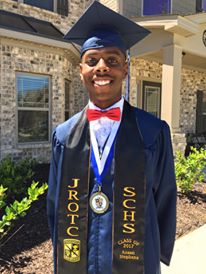 In just a few days my son will leave the comfort of our home to travel to Parris Island, South Carolina.  This is not a vacation adventure.  No, the trip is for basic training...to become a Marine.

I fully support his decision to serve our country and have known for several months that this day would come.  So why do I have a lump in my throat and feel churning in the pit of my stomach?

Recently, I was listening to National Public Radio (NPR) and the featured story of the hour was the involvement of the United States Marines Corps in World War I.  The Battle of Belleau Wood was cited as "one of the bloodiest and most ferocious battles U.S. forces would fight in the war."  This historic battle, which occurred near the Marne River in France, is where our soldiers received the nick name, "Devil Dogs."  This term of endearment was a result of the soldiers' diligence, ferociousness, sacrifice and valor exhibited during the battle.