Showing posts from August, 2016
Show all

They Say I Have Cancer, But I Say Cancer Does Not Have Me. 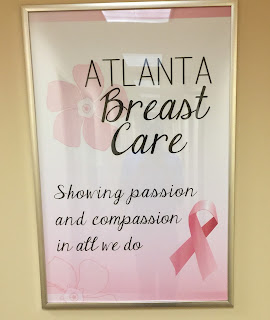 I was lying in my bed when my fingers came across an unfamiliar mass.

"Honey, does this feel weird to you?"

"You probably need to contact the Doctor first thing on Monday morning," he said in a concerned tone.

After the initial breast exam, I was scheduled for a detailed mammogram and an ultrasound.

This phrase was repeated several times as the tech took pictures of my carefully placed breast.  She returned to my side to re-position it.  She was so close to me that a strand of her hair became caught in my lipstick, helpless, much like I felt at that moment.

My left breast, a piece of my anatomy that had served in a variety of capacities throughout my life, was under inspection.  It had nourished six children, enticed during intimate moments and offered support to beautifully flowing dresses.  Now it was being squished, stretched, pulled, prodded and pushed.